Visualize me doing a mental fist pump. Wait, that would be hard to observe. The reason? This proof of a win, I had enough red scraps to make this block. 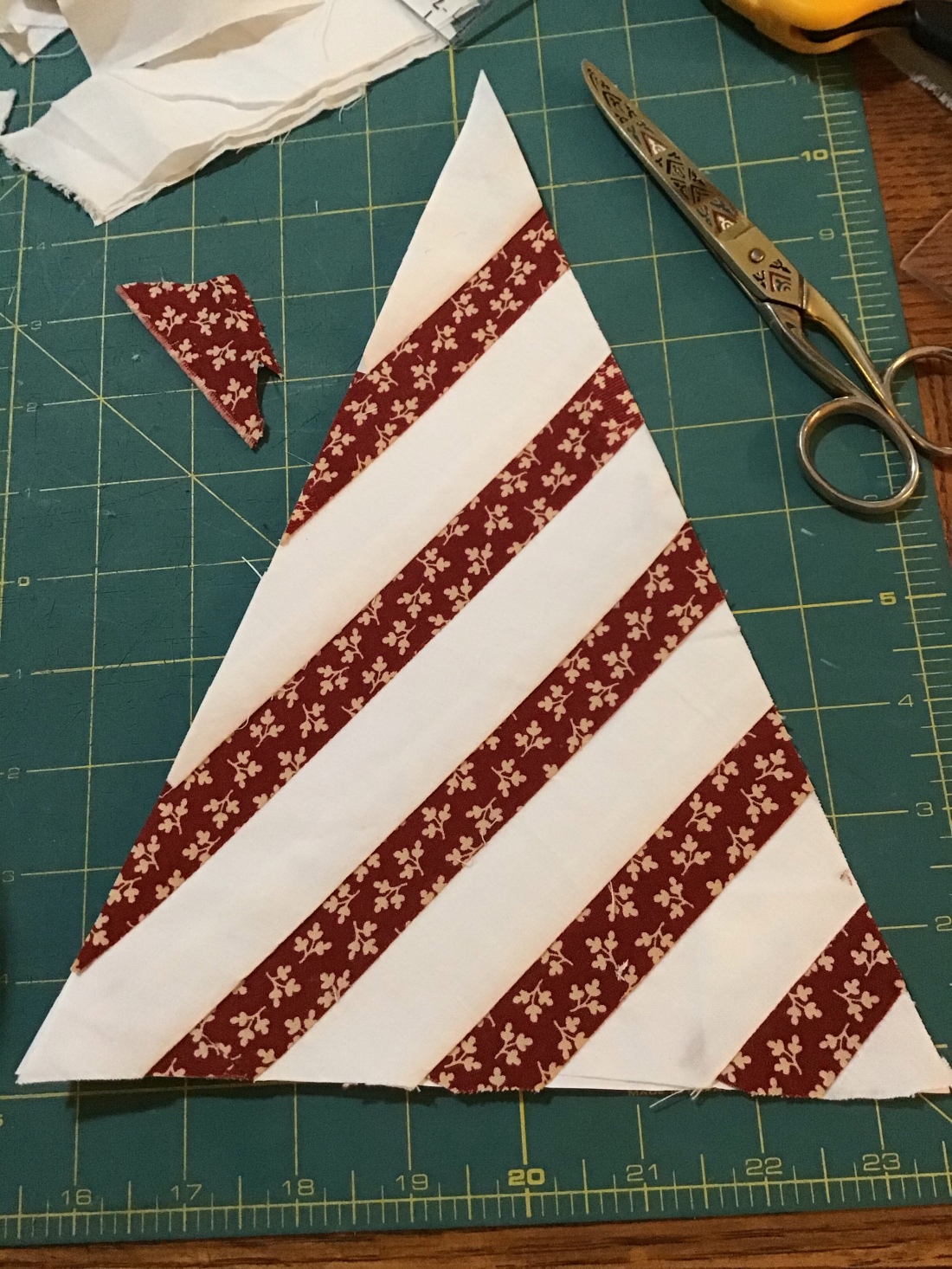 Never mind that it looks like a candy cane. Or a barbershop pole. See that little piece on the mat? That’s all I had left. Now that’s what I call using it up.

I’m not sure why I get such a kick out of this. It seems much more fun to quilt this way rather than to plan out and purchase all of the fabric for each project up front. Maybe there’s the thrill of just going for it without measuring ahead, followed by the suspense of not knowing if you have enough until the last piece is sewn. The funny thing about this is that the risk is non-existent. If I had come up short, so what? I would’ve just chucked it and started over with new scraps. After all, I’ve acquired my scraps from second-hand resources, so they’re practically free of cost. 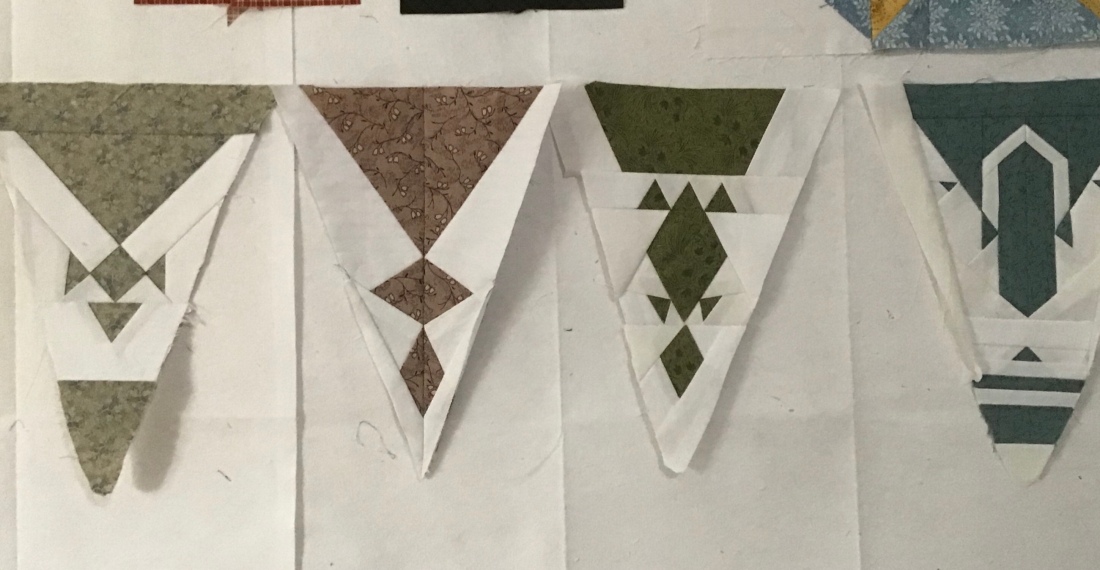 They’re slowly but surely adding up.

I came by quilting thinking it was borne of frugality. I grew up reading the hard times stories of Little Women, The Long Winter, and so on. Remember when the March sisters took apart and re-sewed their dresses inside-out to refresh their wardrobes? Now that’s frugal.

I’ve always been intrigued by frugality. I remember a little paperback I bought in the summer of 1969 entitled How To Live On Nothing. I read it while riding in a motor home with four siblings and a dog. Mom and Dad drove us up one coast, across Canada, and down the other coast. We made a 6,000 mile-long rectangular loop through the continent in six weeks. It was the Summer of Love and people were throwing caution to the wind and boldly going where no one had gone before. I wasn’t one of those people, but rather a compliant adolescent who really wanted to understand how to live on nothing. The book gave great “hacks” regarding squatting in abandoned buildings, frying eggs on radiators, foraging for food, and so on. I saw this up close and personal on that trip. People really did have flowers in their hair in San Francisco. Barefoot hitchhikers were everywhere, gathered alongside the highways. I vividly remember being surprised to see all the American young men living on the streets right over the border in British Columbia. Draft dodgers living on nothing.

If I read that book now through my responsible adult citizen lens, I’d probably “tsk tsk” my way through the chapters. There is always a cost to living, whether the person living it incurs the expense, or puts it on others.

Which reminds me of a song:

I hope you’ll allow me my trips down my personal memory lanes.

This song, like so many songs of the sixties, alluded to Biblical themes, and evoked deeper interpretations than what the songwriter probably intended. I think it’s just about people leaning on others to do them a favor, and how that can add up to frustration. This song reminds me of a trait of those times. People were exploring, discovering, self-realizing, blah blah blah. But along with those countercultural experiences came consequences, which meant that ultimately somebody had to pay. Those burdens were most often unwittingly carried by their loved ones.

Now to return to the purpose of this blog, I will report that I’m halfway through the book of Daniel. Talk about putting a load on another person; King Nebudchadnezzar does this a lot. Not only does he demand interpretation of his dreams from his palace cadre of magicians and soothsayers, he also demands that they tell him what he dreamt in the first place. And if they cannot fulfill this impossible request, they will be put to death. Thankfully, but not surprisingly, God imparts all knowledge of those dreams to Daniel, which puts a stay on the executions. More than once, Daniel carries the weight for the whole team. And even as the king showers Daniel with power and wealth, Daniel always gives credit where credit is due. He acknowledges every time that it is the one true God whom he serves, not himself, who takes the load and does the heavy lifting.

Of course I must finish my post by pointing to our loving Lord and Savior, Jesus Christ who says: