Let’s just say that numbers are not my favorite. I’m not a math person. I attribute this partly to my age. “New Math” was the trending phase of the sixties. Looking back with an educator’s lens, I realize now that my elementary school teachers weren’t ready to roll it out when it was thrust upon them. The reluctant attitude that accompanied the math sessions rubbed off on me. By the time I hit junior high I was lost in the chalk dust of algebra. My teacher never turned around to face us as he covered the blackboard with formulas and droned on and on. (Think Charlie Brown’s teacher).

I rectified my deficiency in college. I finally learned how math works in my “Math for Elementary Educators” methods classes. My brilliant professor took us back to the basic building blocks and we mastered the tower of mathematical concepts with enthusiasm. (Up through the eighth grade level; Rome wasn’t built in a day). When it was my turn to teach math in my classroom, I LOVED attacking, and conquering, mathematics with the children. It was like playing games with numbers.

But those teaching days are done. Now I get to play with fabric and I find myself avoiding math if I can. I am a visual quilter. When designing my own quilts, I never measure or count. It’s more fun for me this way. I just keep letting it grow on a spare bed used as a design wall until it looks done. Here’s an example:

The Bible Sampler Quilt does not have a block to accompany the book of Numbers. As I started reading through the book, I realized, it begins with math. Plain and simple. Counting the members of the twelve tribes of Israel and arranging them geometrically around the tabernacle, the book began with lots of lists and numbers.

As a nod to the book of Numbers, I’m going to count the number of pieces in my Bible Sampler quilt. Jane Stickles did: 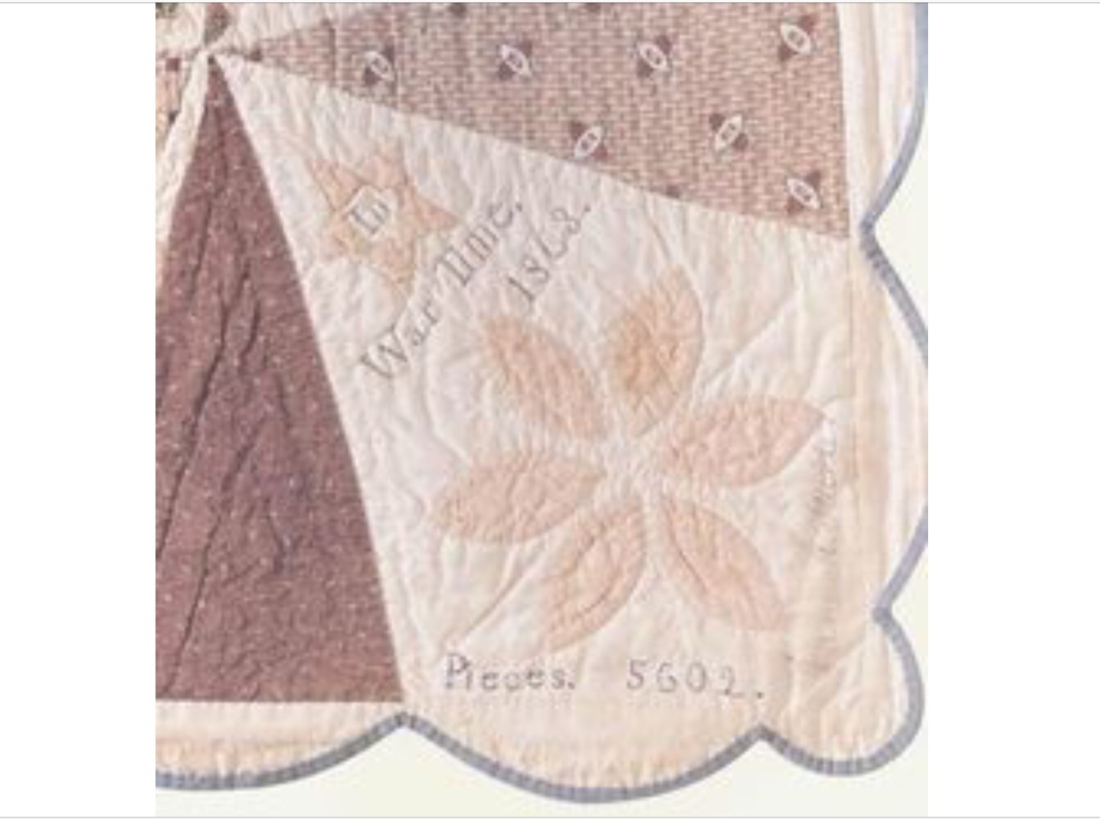 When I made the Farmers Wife Sampler Quilt, I jumped in with little forethought or design plan. Considering concepts of color theory seemed boring so I skipped this tedium when pulling the scraps for each block. I enjoyed putting things together that looked nice. As is the way, things began to dawn on me as I went along. I realized that there needs to be “punch” so the latter half of the blocks have more contrast than the first. I realized there’s value in addressing the value and saturation of colors as well as their, well, color. My flimsy:

The Dear Jane is on many quilters’ bucket lists. I know myself well enough to say with utmost certainty that I will not ever never ever hand stitch a Dear Jane Quilt. But I love everything about it: the surprising blocks, the amazing border, the soft colors, her hand scripted “label” in the corner. Everything comes together beautifully and I marvel at her design sense.

Her palette inspired me as I considered taking on the Bible Sampler Quilt project. If you recall, I wasn’t enthusiastic at the prospect. I told you in my first blogpost that I had just finished the FWS quilt. Motivation came when I decided to read through the Bible as I worked the blocks. It grew when I challenged myself to paper piece every single block, all 96 of them. But that was only half of it. Along with “numbers”, “decisions” are also not my favorite. Choosing the fabric is a stressful step in my process. Here, I could copy Jane Stickles’ good color sense and stick with two-color blocks, with white as my neutral. The fabric would be limited to the scraps in my repro bin. As icing on the cake, I would sash it with thin white strips, and write the number of pieces on the label. Once the plan was clear, I was good to go.

And I’m having lots of fun. My numbers game: So far I’m up to 997 pieces. I’ve completed 30 blocks. That’s an average of 34 pieces per block. The most pieces so far in a single block was 81. The fewest was nine. I don’t know what the total number will be, I’m looking forward to that excitement with the final top finish.