Is “the pits” still used in slang culture? If something was bad, we’d say “that’s the pits”. The story of Joseph has an important element – the pit. Specifically, the cistern that his brothers put him in to fake his death. When I first heard it said that the New Testament was embedded throughout the Old Testament, I was very surprised. I had always perceived the Old being at polar opposite from the New: the old covenant, or law, God made with His chosen people vs. the new covenant which wipes away the old and replaces it with the gospel for all people.

God shows us His new plan of salvation over and over again in the stories He chose to include in His word. Looking closely at the story of Joseph, we see that he had to submit to the pit of death in order to live. Foreigners were the ones who pulled him up out of the pit, but his real rescuer was God. Then God used his obedience in Egypt to save His beloved nation Israel from starvation during the years of drought. It’s a stretch, but I see a symbolic “death” and “resurrection” in the life of Joseph.

This YouTube video is worth the time it takes to watch. I’ve purposely kept this post short so you would take the time:

And to think that fabric was the flashpoint to this story. It was the coat of many colors that made his jealous brothers plot Joseph’s death. The careful stitching and piecing that Rachel lovingly bestowed on her favorite son was the last straw for the other eleven boys.

Rachel must’ve known she was feeding the sibling rivalry when she gave Joseph that coat. And what was Jacob thinking when he sent his favorite son to “report back/narc” on his working brothers? Not their finest moments in parenting. 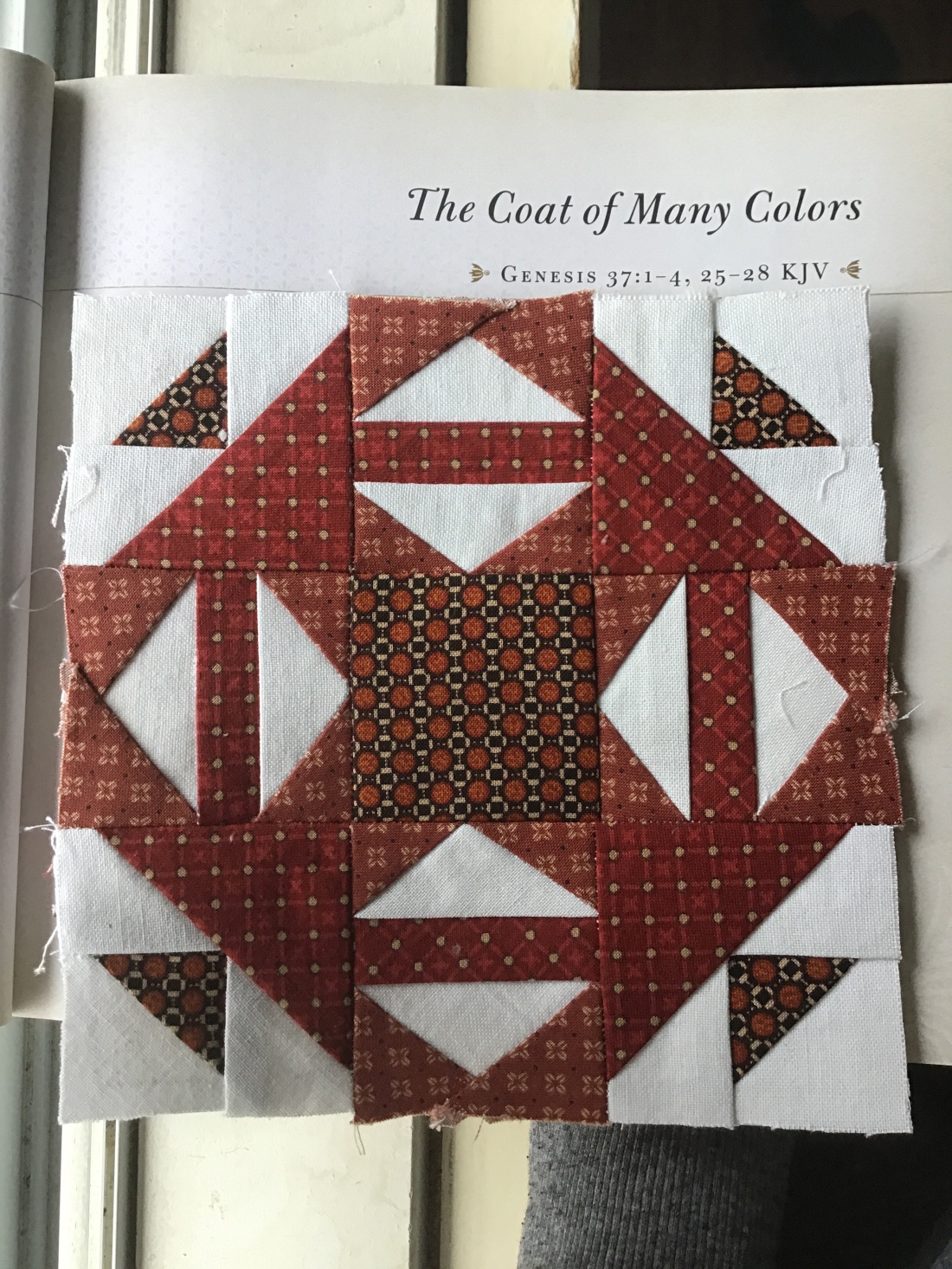